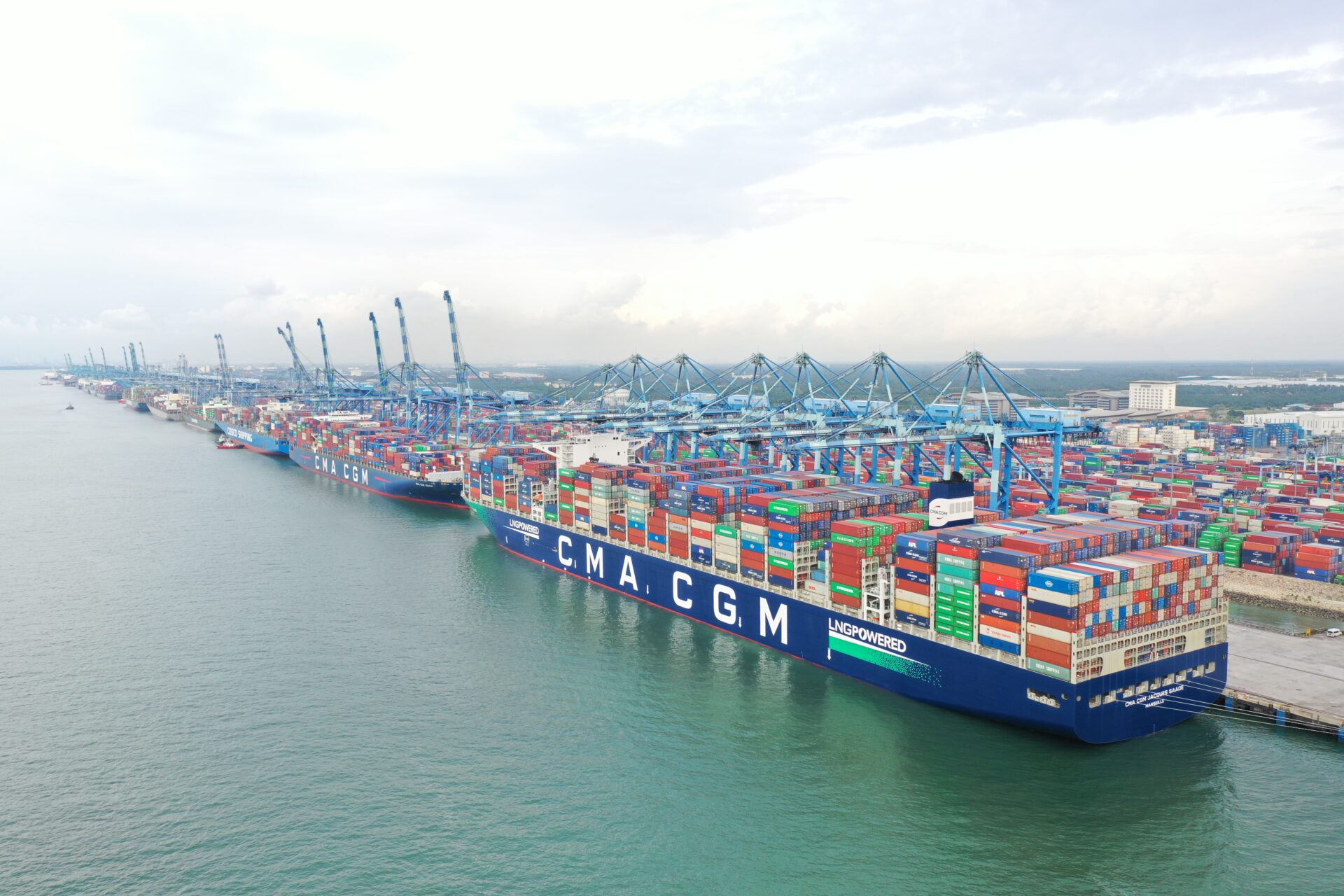 Westports Holdings Berhad has announced its financial results for the 1st Quarter of 2021. At the top-line, the Company’s total revenue improved to RM508.2 million primarily due to higher revenue from the container segment as throughput volume increased by 5% to 2.66 million TEUs. The Company’s reported profit level reflected insurance recoveries, absence of general provision, among others – these amounted to RM33.4 million. After the tax provision of RM65.3 million or an effective tax rate of 24%, Westports reported a Profit After Tax of RM208.3 million.

Datuk Ruben Emir Gnanalingam bin Abdullah (“Datuk Ruben”), the Group Managing Director of Westports, commented that “The first quarter of the year has been momentous. Port Klang, comprising of Westports and Northport, is one of the eight ports that have won recognition from APEC Port Services Network as an APSN Green Port 2020 after a thorough review by the Green Port Award System Evaluation Committee. The committee’s objectives, among others, such as improving environmental awareness, promoting sustainable development, and engaging with other ports in the Asia-Pacific region to grow as green ports, are values that Westports subscribe to”.

He added that “The Company’s wholly-owned subsidiary, WMSB, was assigned a long-term AAA/stable rating by RAM Rating Services Berhad for its RM2.0 billion Sukuk Musharakah Programme 2011/2031 in February. WMSB subsequently conducted a virtual Extraordinary General Meeting during which Sukuk holders unanimously approved all the resolutions to allow RAM Rating Services Berhad to be its rating agency”.

Datuk Ruben concluded that “The above-average yard utilisation and yard congestion in the latter part of the previous year reaffirmed Westports’ supply-driven strategy in accommodating clients’ requests while also facilitating the growth of especially the Klang Valley’s hinterland economy. Westports invested and completed container yard Zone Z at CT9 at the cost of RM81 million in 2020. By the end of 2021, we will complete an additional 19-acre Container Terminal Yard 8. In addition to these, the Company is still investing in more Terminal Operating Equipment and a new Liquid Bulk Terminal jetty 5 to reinforce Port Klang as one of the main transhipment hubs in South East Asia for international container shipping alliances. The recent incident at Suez Canal brought to the forefront the reliance of global economies on a floating global supply chain. Hence, Westports is cognizant of its role and has planned to undertake and build the mega Container Terminal from CT10 to CT17 upon reaching a new concession agreement with the Government. This is also a reflection of our ongoing commitment in strengthening the competitiveness of Port Klang in South East Asia as a transhipment hub”.

• Westports handled a higher container throughput of 2.66 million TEUs in the 1st Quarter of 2021. Despite the various variation of movement restrictions, gateway volume improved by 3% over the corresponding period as the economy adjusts to the new norms.

• Westports continued to enhance its container and conventional operational capabilities by investing RM122.8 million in the 1st Quarter of 2021. The capital expenditures mainly were to purchase terminal operating equipment, build a new jetty for the Liquid Bulk Terminal and construct an additional new container yard area to support higher container yard requirements.

• For the 1st Quarter of 2021, after the tax provision of RM65.3 million, which is equivalent to an effective tax rate of 24%, Westports reported a Profit After Tax of RM208.3 million.

• During the quarter, Port Klang, comprising of Westports and Northport, is one of the eight ports that have won recognition from the APEC Port Services Network (“APSN”) and be awarded and designated as APSN Green Port 2020.