Delays and Capacity Constraints are New Normal in Container Shipping 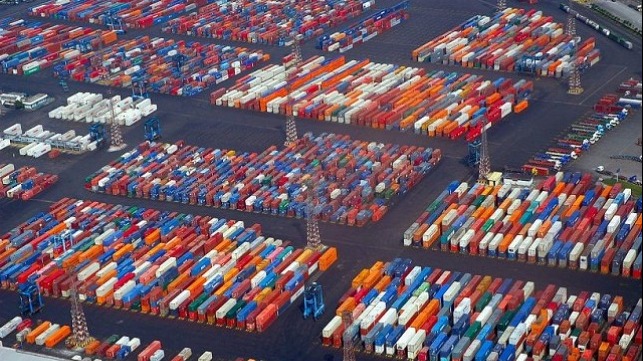 New data shows that the strains on global container shipping are continuing with shippers and carriers faced with ongoing delays, congestion, and capacity shortages. With shippers entering their second year of pandemic-induced volatility, project44, a tracking and analysis platform for shippers and logistics service providers, predicts that volatility and under capacity are becoming the new normal for the container shipping industry.

The number of containers being delays or missing their booking, known as the rollover rate, continues to be on the rise according to project44. During April, they report that on average four out of every ten containers (39 percent) missed their scheduled sailing. Some major carriers and ports, however, reported rollover rates over 50 percent.

“Carriers have been watching their rollover rates increase for over a year, and have so far failed to mitigate the situation,” said Josh Brazil, VP of Ocean Markets. “Shippers need to accept this as the new reality. They are going to have to start making structural adjustments to their supply chains and enhance their visibility if they want to keep shelves stocked and factories running.”

It is not a geographic issue with the rates varying greatly between individual ports. Among the ports showing the strongest increases in April was Kao-Hsiung, which reported a more than 30 percent increase to a 53 percent rollover rate, which placed it among the ports with the highest rate.

The ports with the highest rates varied from Port Klang (Malaysia) where nearly two-thirds of container transshipments were rolled over to Rotterdam which experienced more than a 20 percent increase in April to a 54 percent rollover rate and Piraeus where the rate remained mostly steady but high at 59 percent of containers.

Among the major carriers, the rollover rates also varied greatly, but they all showed at least small increases over a year ago. MSC and Maersk experienced smaller increases with between a quarter and a third of containers being rolled over in April 2021. Three of the largest carriers, Hapag-Lloyd, CMA CGM, and ONE, all reported that just over half of their booked containers were being rolled over.

According to project44, rates are almost universally trending upwards, and well above the levels posted during April 2020. The data they said indicates that maritime supply chain woes are worsening, with little indication that carriers are addressing the industry’s serious capacity issues.